OUTSIDEBouvignes, a medieval town on the Meuse... Old houses, a rich heritage, traditional handicrafts and the famous copper beaters.
TO SEE > OUTSIDE

Bouvignes is located at the confluence of the Laval and the Meuse.  The city developed in the 12th century at the foot of the church and count’s castle.

CRÈVECOEUR
From the top of its barred spur, Crèvecoeur dominates the old town. This fortress, built in the 14th century, played a defensive role in the numerous battles between the rival cities of Bouvignes and Dinant.
POILVACHE
Poilvache stands on a rocky promontory on the right bank of the Meuse. Both a town and a castle, the site occupied a strategic position on the borders of the county of Namur and the principality of Liège.
LIMESTONE LAWNS
Opposite Bouvignes, on the other side of the Meuse, there is a steep slope covered with moorland known as "limestone lawns". These bear witness to human activities that are no longer carried out.

Bouvignes is located at the confluence of the Laval and the Meuse.  The city developed in the 12th century at the foot of the church and count’s castle.

As a new town Bouvignes was built to a regular plan in the shape of a ladder. From the 13th century the city was surrounded by a limestone wall.  Positioned on the border of the county of Namur it became a real door on the Meuse facing Dinant, at that time belonging to Liege and to France.  In 1213, it received the same town rights as Namur.

In the 16th century, the city is extended towards the north. The activity of the copper beaters brings it to its peak. In 1554, however, Henry II pillages the city and brings it to its knees; the surrounding walls are partially destroyed. Restored with the help of Charles V and especially Phillip II, who tried to revive the copper craft, they are ultimately dismantled in 1672.

Built around 1320, the original central tower of Crèvecoeur reinforces the defensive position of the city and the castle. Towards the middle of the 14th century, a ‘boulevard’ is added to its construction in order to strengthen its western defence.  Around 1430 a horseshoe tower is added on its Meuse side. Lastly, shooting apertures are adapted to the rapid evolution of firearms.

Crèvecœur is partially destroyed during the siege of 1554 by Henry II. Despite some repairs, the fortress is definitely dismantled in 1672.

Several restorations in the 19th century disfigure the site, making it difficult to comprehend.

In 2012, the Service public de Wallonie (Département du Patrimoine), which owns the site since 2003, undertakes restoration and enhancement works with three objectives: ensuring the security of its visitors, strengthening the remains and making the building easier to understand.

According to the legend of the Dames de Crèvecoeur, during the pillage of Bouvignes by Henry II, the town was on fire. Many citizens are killed. Three of its best knights, their spouses and close guards take refuge behind the walls of Crèvecoeur. The fight rages on. The beautiful women assist their husbands and treat the wounded. The walls crumble under the force of the attacks, and the French army enters the compound. Nobles and valiant knights fall under the blows of the assailants. The three ladies have no other choice but to lock themselves up in the highest castle tower with a few wounded. As they see the troops approach, they head for the ramparts and pray to God. Preferring death to capture, the three brave spouses hurl themselves, holding each other, from the height of the tower into the abyss.

As the legend goes:

Since their so dignified deaths

Which break all of our hearts

We give the name of Crèvecoeur (heartbreak)

To the old castle of Bouvignes.

A history, of about two centuries, marked by political upheavals.

Built in the first third of the 13th century, this fortress is enclosed by the territories of Namur and Liege.  Initially called ‘Méraude’, it fell successively under the county of Luxemburg and then, from 1342, under the county of Namur, before being incorporated into the Burgundian Netherlands in 1421. Fearing the proximity of the powerful Duke of Burgundy near his lands, the prince-bishop of Liège ordered the attack and destruction of the stronghold during the summer of 1430.

The site, built on a rocky outcrop overlooking the Meuse valley, stands out for its size. The of 2.5 hectares large site is protected by fortifications and shelters two poles described in medieval writings as the “castle” on one side and the “city” (a small town) on the other. Not a princely residence, it guards the banks of the Meuse. Its military function is essential and its main occupants are knights who receive a "guard fief". In exchange for their presence in Poilvache, the count effectively grants them lands, rights, revenues and, to some, a house in the fortress. 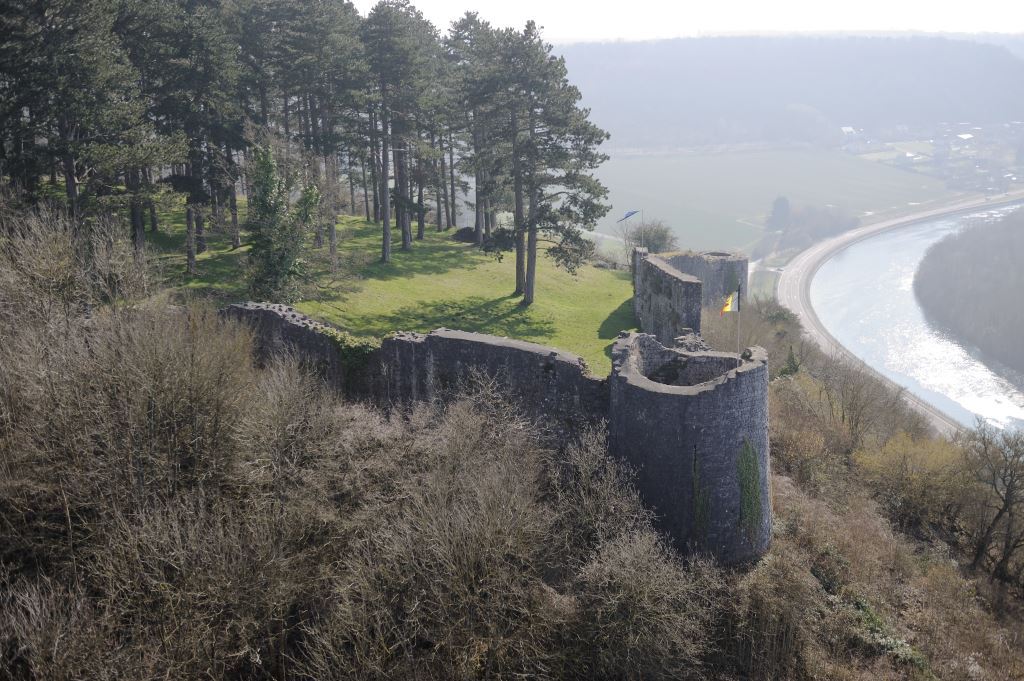 The steep slope covered in moorland on the other side of the Meuse facing Bouvignes is covered by limestone lawns. They testify of previous human activities. Since the Middle Ages, shepherds came there to graze their flocks of sheep and goats. These chewed on the grasses, buds and suckers and thereby prevented the regeneration of the forest which led to the establishment of short lawns.

Abundant stones and the incline of the land ensure a rapid evacuation of runoff water. The slopes, which face south – southwest, benefit from a maximum of sunshine. Because the layer of grass is thin, the limestone beneath it accumulates solar energy during the day and releases it at night. All these characteristics bring about specific flora and fauna, not unlike that of a Mediterranean scrubland.  There are globularia, wild thyme, round-headed garlic, wild orchid, small burnet, boxwood, juniper…

Many remarkable animals are also present, among which interesting butterflies: the Chalkhill-Blue, the Small-Blue, the Marbled-White, the Old-World- Swallowtail, the Dark-Green Fritillary... The limestone lawns are also rich in locusts and grasshoppers… Today, with the disappearance of traditional grazing, the land is being reforested. Several associations of naturalists, including the Réserves naturelles (R.N.O.B.), have undertaken to save its most characteristic environments. 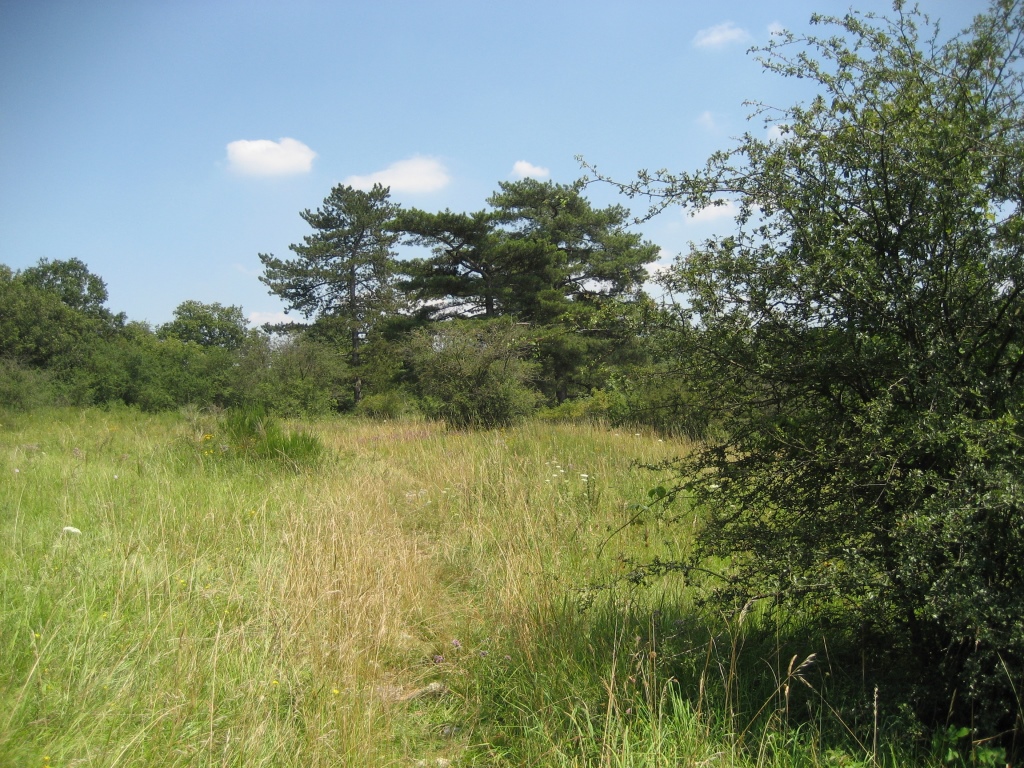 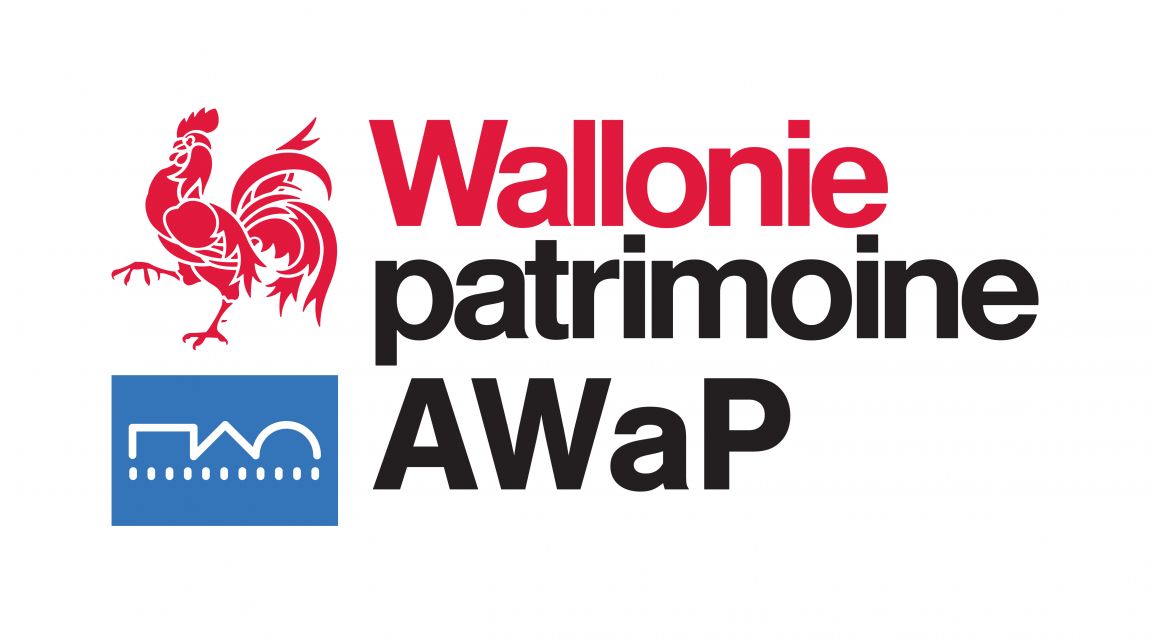